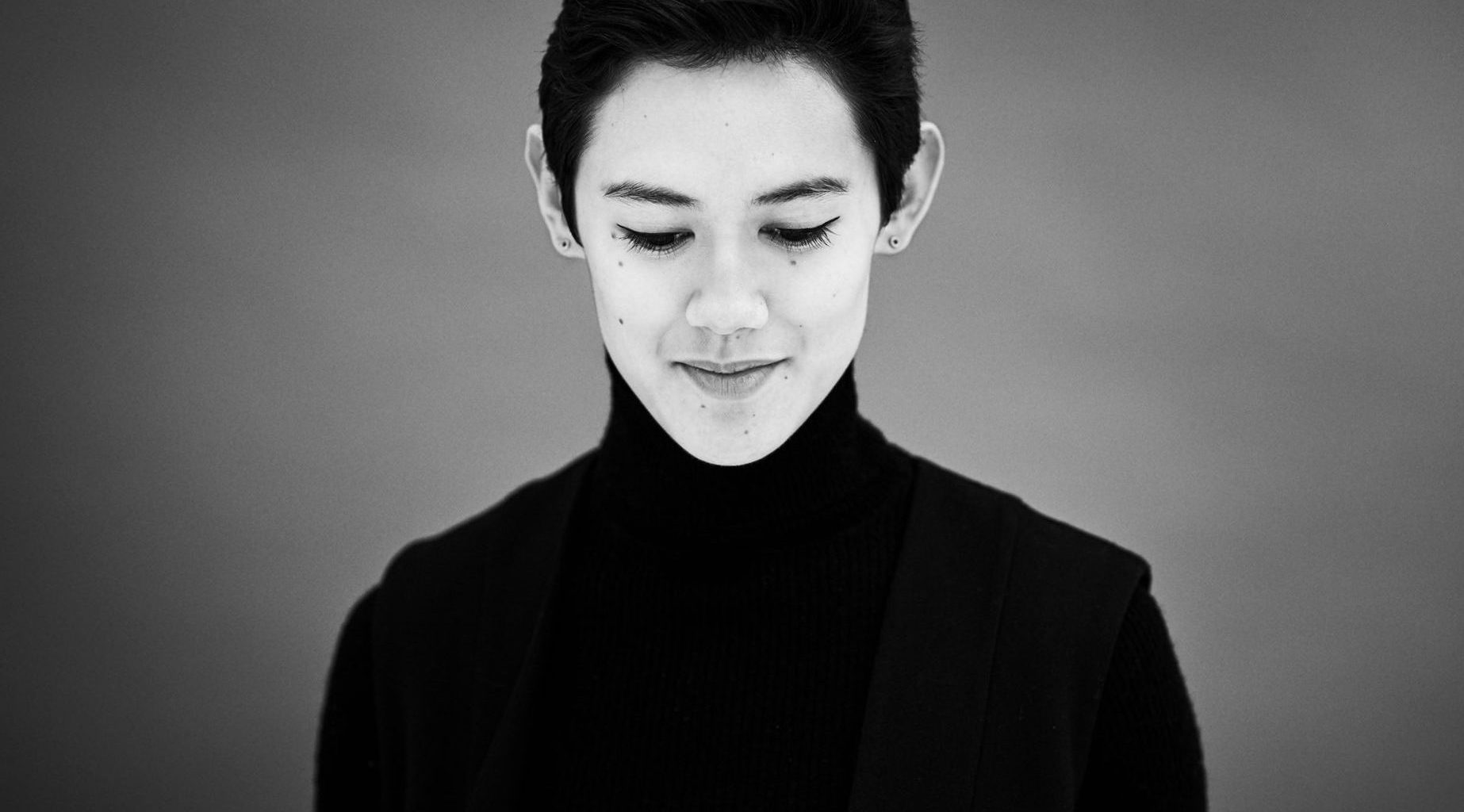 “Childress’ elegant self-possession on the podium was reflected in interpretations that bore the stamp of a symphonic mind and consistently favoured musical honesty over sonic effect.” (Mark Valencia / Bachtrack, Nov 2020)

Stephanie Childress, now in her early twenties, is making her mark as a conductor of remarkable skill who has been likened to “other notable young conductors of the past such as Sir John Eliot Gardiner and Sir Simon Rattle” (Varsity). Her musicianship and command of a broad scope of repertoire has led to international engagements with symphony orchestras, contemporary chamber groups and opera houses.

Having been inspired to start conducting due to her love of opera, Stephanie is dedicated to both learning and expanding the operatic repertoire. She has been an assistant conductor at the English National Opera and during the summer of 2021 she joined the music staff at Glyndebourne Festival to assist on productions of Il Turco in Italia and Luisa Miller. Previously, she conducted Jeremy Sams’ The Enchanted Island with the British Youth Opera, Benjamin Britten’s The Rape of Lucretia at St John’s College (Cambridge), Lennox Berkeley’s A Dinner Engagement for the Cambridge University Opera Society and the world premiere of Anna Semple’s The Next Station is Green Park at the Royal Conservatoire of Scotland.

Stephanie has attended masterclasses with esteemed conductors such as Sir Mark Elder, Paavo Järvi, Jukka-Pekka Saraste, Sian Edwards, Nicolas Pasquet and Johannes Schlaefli and most recently took part in the Conducting Académie of the Aix-en-Provence Festival.

As a violinist, Stephanie rose to prominence as a string finalist in BBC Young Musician of the Year in both 2016 and 2018. She was featured in the BBC’s 2019 Proms Launch Video ahead of her Proms debut at the Royal Albert Hall with the Southbank Sinfonia and Jessica Cottis. Shortly after, she performed alongside the BBC Scottish Symphony Orchestra at Glasgow’s Proms in the Park. In January 2020 she made her solo debut with the Royal Liverpool Philharmonic Orchestra under the baton of Vasily Petrenko.

Stephanie is an active supporter of the Tri-borough Music Hub, an award-winning organisation for music education. She has taken part in a number of programmes with the association, including leading the junior string ensemble at an ‘Artists for Inclusivity’ event and speaking at the Youth Music Conference 2020 held at the Royal College of Music. She has appeared on BBC Radio 3’s In Tune and BBC Proms Extra, as well as joining adjudicating panels for the RPS Awards (Storytelling Category) and the Ivor Novello Awards (Orchestral Category).

“Stephanie Childress, was both the conductor and the concert’s stand out performer. From the moment she entered the Chapel she commanded the orchestra with such poise and energy that it was truly impossible to believe she was only eighteen years of age. In a video played before the concert, St John’s’ Director of Music commented on some of the notable young conductors of the past, such as Sir John Eliot Gardiner and Sir Simon Rattle. Perhaps such heights too lie in wait for Childress, who successfully tackled what she described in her Twitter feed as “the gargantuan mass of music” that is Beethoven’s 9th symphony.”

“Clarity, and in particular unity, also flows from the orchestra under the baton of Stephanie Childress, a seriously exciting (and unnervingly young) talent who conjures a lithe, supple and above all united sound from her instrumentalists, full of atmosphere, drama and poise. Childress’ command of her orchestra brings verve, bite and gravity to the score’s darker moments, while exulting merrily in its racier passages, and the sheer musicality of this production is another of its strengths.”