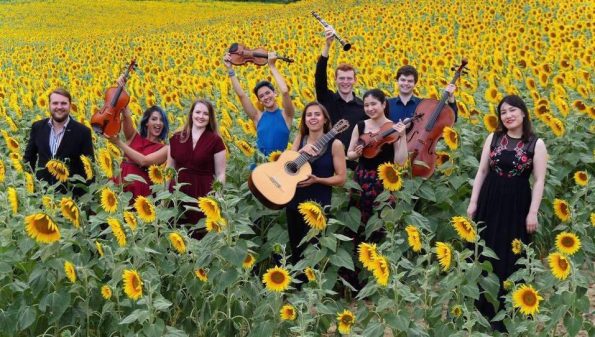 In July, 2017, Stephanie Childress was the Artistic Director for the Young Virtuosi Summer Classical Music Festival held in the south of France.  This was the 10th consecutive year of the festival and Stephanie has played solo violin and ensemble performances in all previous festivals.  Her role as Artistic Director was to source the musicians and determine the repertoire. This year 9 musicians, including a Baritone and Mezzo-Soprano thrilled audiences in 7 different concert venues in Medieval churches in villages in and around the town of Limoux.  Each concert featured different pieces and ended around 11pm with standing ovations and calls for encores!