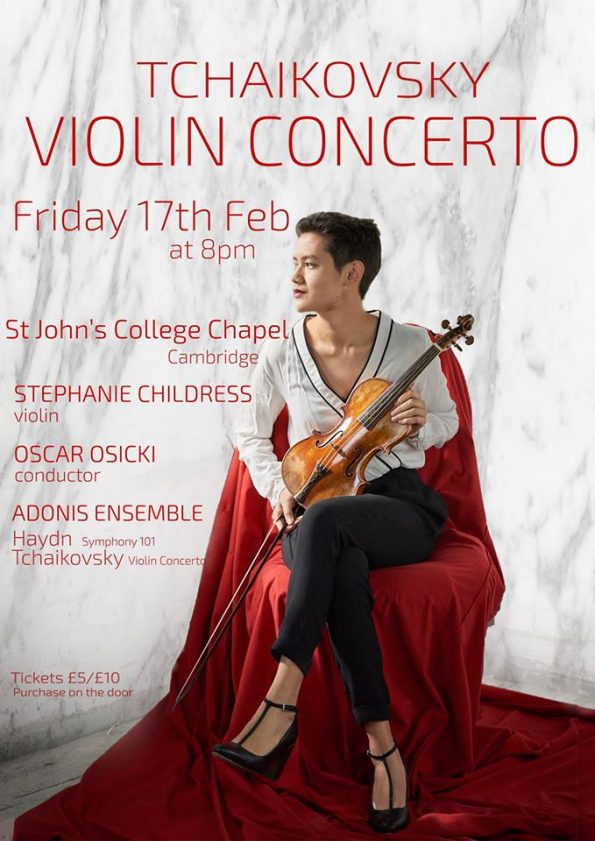 Stephanie Childress is interviewed in the first Cambridge University Varsity Magazine video about her roles as a violinist and conductor.

On the 26th, 27th and 28th of January, 2017, Stephanie Childress will be conducting the Benjamin Britten opera, The Rape of Lucretia at St. John’s College, Cambridge Univeristy with an all student orchestra and opera singers. She is both Musical Director and Conductor for this first ever St. John’s opera production. 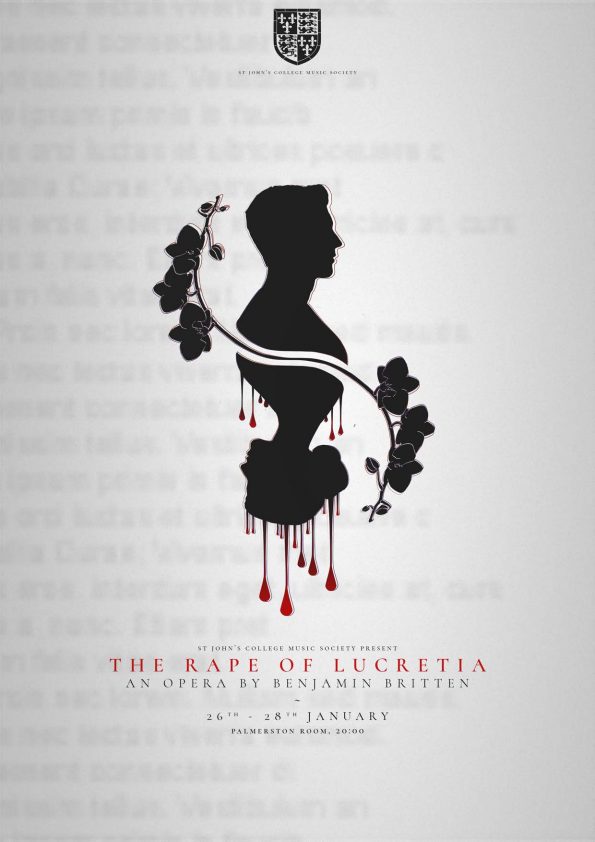 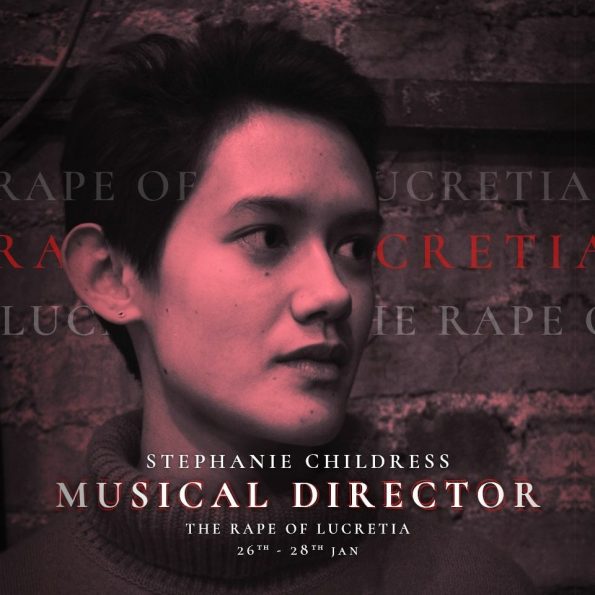 To read a review of the St. John’s College Music Society production of The Rape of Lucretia, click here.

The happy, and exhausted cast at the end of their three day run: 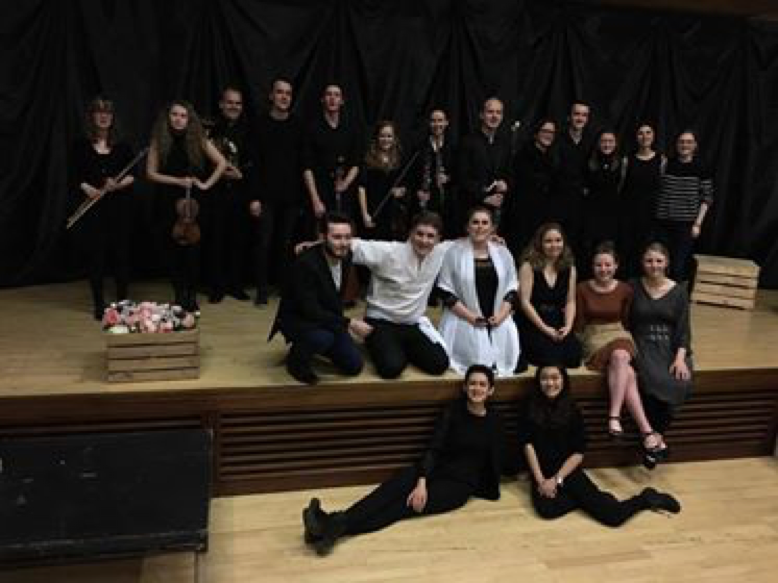 In December 2016, Stephanie led the Balsom Ensemble for Alison Balsom’s tour of Germany. Having not previously played the baroque violin, Stephanie learned with Pavlo Beznosiuk in the months running up to the tour and now plans on further pursuing baroque music. 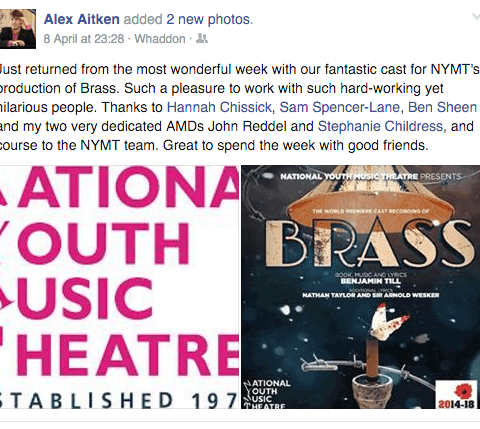 In 2016 Stephanie was named as one of the Assistant Music Directors for the National Youth Music Theatre’s 2016 season. She has been heavily involved in coaching singers and ensembles in the 2016 production of Brass. Previously a musician in the company, she felt enormously honoured to have been asked onto the creative team. “Being apart of the creative process has been such an amazing experience. You really feel the work you put in is making a difference since with a new production, you essentially start from scratch. The actors have been so committed and focused, particularly during long vocal sessions which often last well into the night.” 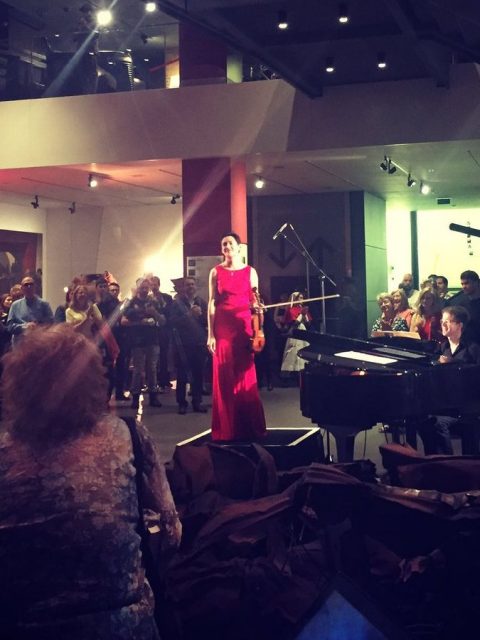 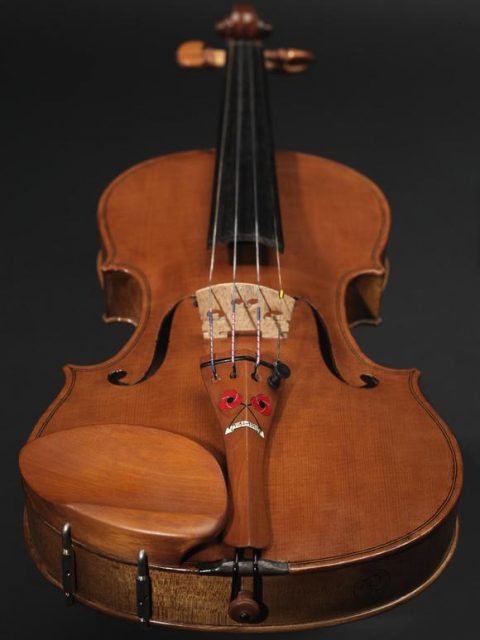 The Imperial War Museum in London hosted a special evening of World War I songs, cinema and readings to commemorate the night before the epic Battle of the Somme.  Stephanie was given the honour of playing the closing piece on the museum’s Western Front Violin, made following the war from trees growing near the battlefields. She played Apre un Reve, Op 7 by Gariel Faure to an appreciative crowd just before midnight. 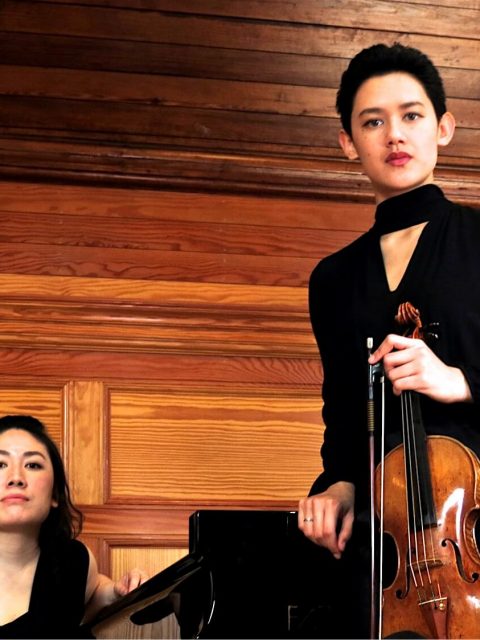 END_OF_DOCUMENT_TOKEN_TO_BE_REPLACED

Stephanie is passionate about sharing music with young people and often goes to schools to help educate and inspire the students about music. 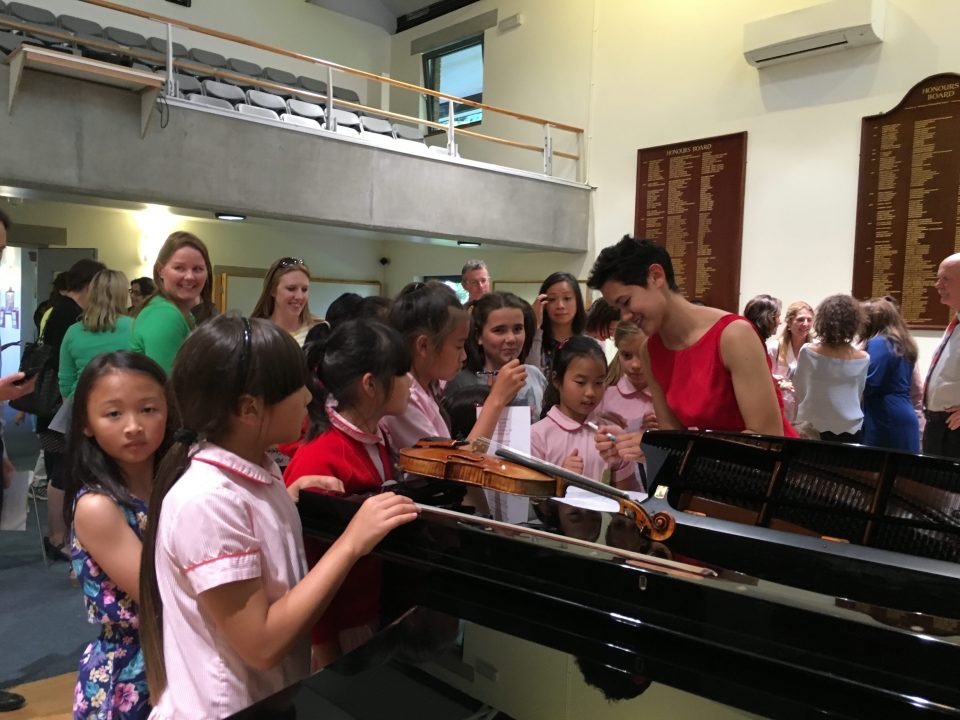 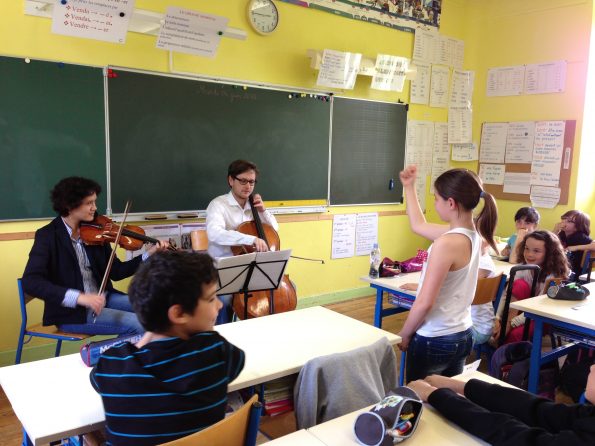 Outreach in the South of France

Stephanie and cellist Jonathan Bloxham visited a primary school in the south of France to deliver a musical outreach program. The children learned about musical rhythm and the ranges of the various instruments. With just a short visit they sparked an entire group of children to better appreciate classical music. And many of them went home and said, “I want to play the violin!”

Stephanie’s very first piano teacher, Amira Faoud, teaches music at Godstowe School in England and following the BBC String Finals invited Stephanie to give a recital.  The music hall was packed with excited young girls who had all watched the videos of the BBC String Final. Following a 45 minute recital and Q&A from the girls, they all crowded round for autographs. As one little girl said on her way out, “I want to play like Stephanie!”